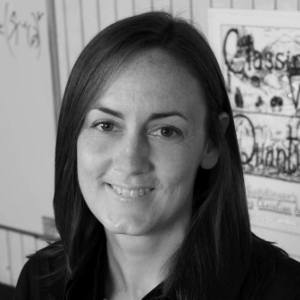 Quantitative comparisons between models and data to provide new insights in cell and developmental biology.

Simple mathematical models have had remarkable successes in biology, framing how we understand a host of mechanisms and processes. However, with the advent of a host of new experimental technologies, the last ten years has seen an explosion in the amount and types of quantitative data now being generated. This sets a new challenge for the field – to develop, calibrate and analyse new models to interpret these data. In this talk I will use examples relating to cell motility and proliferation to showcase how quantitative comparisons between models and data can help tease apart subtle details of biological mechanisms.

Ruth Baker is Professor of Applied Mathematics at the Mathematical Institute, University of Oxford. Her research sits at the interface of applied mathematics and the biomedical sciences. In particular, it focusses on the development and application of technologies to transform understanding of how cell-level biomechanical and biochemical mechanisms drive morphogenesis at the cell and tissue level. The tools she develops to analyse models draw upon ideas from a diverse range of subfields of mathematics and, importantly, theoretical developments are always motivated by, and embedded within the study of particular biological systems. 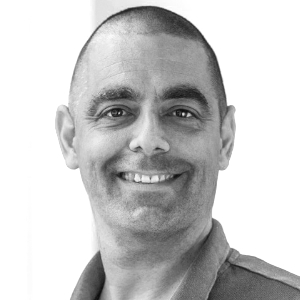 We live in a world of exploding complexity with enormous challenges. Digital twins, tightly integrating the real and the digital world, are a key enabler for decision making in the context of complex systems. While the digital twin has become an intrinsic part of the product creation process, its true power lies in the connectivity of the digital representation with its physical counterpart. To be able to use a digital twin scalable in this context, the concept of an executable digital twin has been proposed. An executable digital twin is a stand-alone and self-contained executable model for a specific set of behaviors in a specific context. It can be leveraged by anyone at any point in lifecycle. To achieve this, a broad toolset of mathematical technologies is required - ranging from model order reduction, calibration to hybrid physics- and data-based models. In this presentation, we review the concept of executable digital twins, address mathematical key building blocks such as model order reduction, real-time models, state estimation, and co-simulation and detail its power along a few selected use cases.

Dirk Hartmann is an industrial mathematician, Siemens Technical Fellow, intrapreneur, and thought leader in the field of Simulation and Digital Twin. Multiple of his innovations have led to novel products and services and have been showcased at top-level innovation events. Among many distinctions, he received the prestigious Werner-von-Siemens Top Innovator award 2019 for his life-time achievements and the Siemens Inventor of the Year 2021 award. 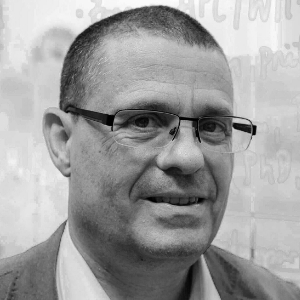 Companies have a continuous need to drive their business forward by developing new products or by automating production process. Digital Twins refer to virtual simulation models of components or products which can imitate the use and properties in real time. The models also authentically simulate the product’s natural user environment and its handling. Therefore, the development of technical components by digital methods and equipping the components with additional functions is becoming increasingly important. Many of the models are based on ordinary differential equations (ODEs) and most of the technical problems are inverse problems that are difficult to solve. One the one hand, they often contain parameters that are only partly unknown, e.g., material parameters. On the other hand, there are often only small amount of data available that can be used to solve the inverse problem. To overcome these challenges, novel methods are needed. In Taylor mapping (TM), the solution of the ODE with respect to the initial values is developed into a polynomial series. The associated Taylor weights are computed using ODEs and are valid for each initial value problem of this ODE. The approach of TM can be used for the calculation of the solution of the inverse problem. The underlying ODE has not to be known explicitly. The Taylor weights are computed by solving a least square problem with respect to the discrete time values of the time series. This algorithm can be interpreted as a Polynomial Neural Network (PNN) where the neurons are polynomials, and the layers present a certain polynomial order. The Taylor Mapping and PNN approach is demonstrated and analyzed on academic examples. The accuracy and the forecast of the solution are in focus. Further, a catalytic reaction is presented as a realworld application. 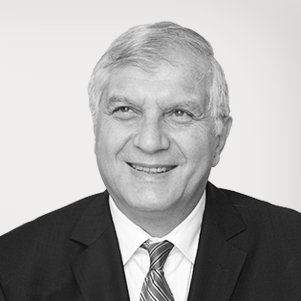 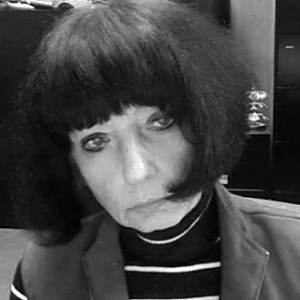 Can we control a flutter in flow-structure interactions?

Flow-structure interactions are ubiquitous in nature. Problems such as attenuation of turbulence or flutter in an oscillating structure [Tacoma bridge],flutter in tall buildings, fluid flows in flexible pipes, in nuclear engineering flows about fuel elements and heat exchanger vanes - are prime examples of relevant applications. Mathematically, the models are represented by a 3D compressible, irrotational Euler Equation coupled to a nonlinear dynamic elasticity on a 2D manifold. Strong boundary-type coupling at the interface between the two media is at the center of the analysis. This provides for a rich mathematical structure, opening the door to several unresolved problems in the area of nonlinear PDE’s, dynamical systems, related harmonic analysis and differential geometry. This talk aims at providing a brief overview of recent developments in the area along with a presentation of some recent advances addressing the issues of control and long time behavior of such models.

Irena Lasiecka is the Distinguished University Professor at the University of Memphis and a former Commonwealth Professor at the University of Virginia. She received her PhD (1975) in Applied Mathematics from the University of Warsaw. She then spent 3 years at UCLA in a Post-Doc position, followed by Professorships at the University of Florida and the University of Virginia until 2013. She has also held numerous visiting appointments including Universite de Liege, the IMA at the University of Minnesota, the University of Bologna, UCLA, the Scuola Normale Superiore di Pisa, the University of Warsaw. Her research interests are in the general area of control theory for infinite dimensional systems - predominantly Partial Differential Equations (PDEs) with applications to interactive structures such as they arise in flutter control in aero-elasticity, turbulence suppression in fluids, noise attenuation in acoustic chambers, etc In this area she has published 5 research monographs and over 300 research papers. Her work was cited over 9,000 according to MathScnet and over 18,800 according to Google Scholar with H index =68. Her work has been funded by NSF, AFOSR, ARO and also NASA. She has been in the ISI’s List of Highly Cited researchers since its inception. She was an IEEE Distinguished Lecturer, and a frequent Plenary Speaker at SIAM, AMS, IFIP, AIMS Conferences. She served as an associate editor of many journals including: IEEE Transactions on Automatic Control, Automatica, Systems and Control Letters, Siam Journal on Control, Journal of Optimization Theory and Applications, Applied Mathematics and Optimization, Journal of Mathematical Analysis and Applications, Nonlinear Analysis, Discrete and Continuous Dynamical Systems.She is Editor-In-Chief [jointly with Roger Temam and Huyen Pham] of Applied Mathematics and Optimization [Springer] as well as of Evolution Equations and Control Theory [AIMS], jointly with Alain Haraux. She has been involved in leadership positions with IFIP [International Organization of Information Processes], including chair of the TC7-Committee on Modeling and Optimization. She has advised over 30 PhD students, several of whom have then pursued successful academic careers of their own and are now leaders in the field. She is a 2004 IEEE Fellow , 2019 SIAM Fellow and 2015 AMS Fellow. In 2011 she has was awarded the 2011 SIAM W.I. Reid Prize for contributions to control theory and differential equations. In 2019 she was awarded by AACC [American Automatic Control Council] the Richard Bellman Control Heritage Award for her contribution to boundary control of distributed parameter systems, 2020 William Sparks Eminent Faculty Award from Board of Trustees TN, and 2021 Hugo Steinhaus Award from Polish Mathematical Society. She was appointed Eisenbud Research Professor at MSRI, University of California, Berkelay for the semester on Mathematical Theory of Fluid Dynamics, 2021. 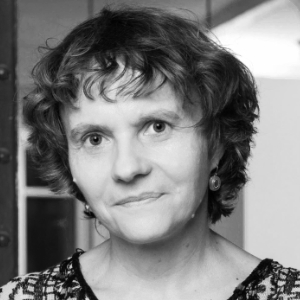 In recent years, considerable progress has been made in the implementation of decision support procedures based on machine learning methods through the exploitation of very large databases and the use of learning algorithms. In the industrial environment, the databases available in research and development or in production are rarely so voluminous and the question arises as to whether in this context it is reasonable to want to develop powerful tools based on artificial learning techniques. This talk presents research work around transfer learning and hybrid models that use knowledge from related application domains or physics to implement efficient models with an economy of data. Several achievements in industrial collaborations will be presented that successfully use these learning models to design machine learning for industrial small data regimes and to develop powerful decision support tools even in cases where the initial data volume is limited.

Mathilde Mougeot is Professeur of Data Science at Ecole Nationale Supérieure d'Informatique pour l'Industrie et l'Entreprise (ENSIIE) and adjunct Professor at ENS Paris Saclay where she holds the Industrial Research Chair "Industrial Data Analytics & Machine Learning". Since the beginning of her career, Mathilde Mougeot has been interested in machine learning for artificial intelligence applications. Her research activity is motivated by questions related to concrete applications stemming from collaborative projects with the socio-economic world. Her research focuses mainly on scientific issues related to predictive models in various contexts, such as those of high dimensionality, model aggregation, domain adaptation, data frugality by model transfer or by hybrid models. From 1999 to 2005, she has been contributed to the creation and the development of the start-up Miriad Technologies, specialized in the development of mathematical solutions for the industry based on machine learning, statistics and signal processing techniques. From 2016 to 2019, she was scientific officer for technology transfer in the Mathematics Division of Centre National de la Recherche Scientifique (CNRS) France. She offers a strong experience in leading projects at the interface of academics and industry. 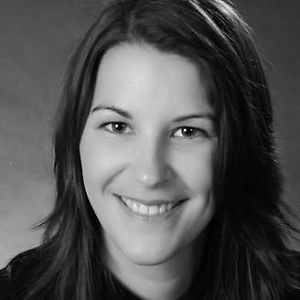 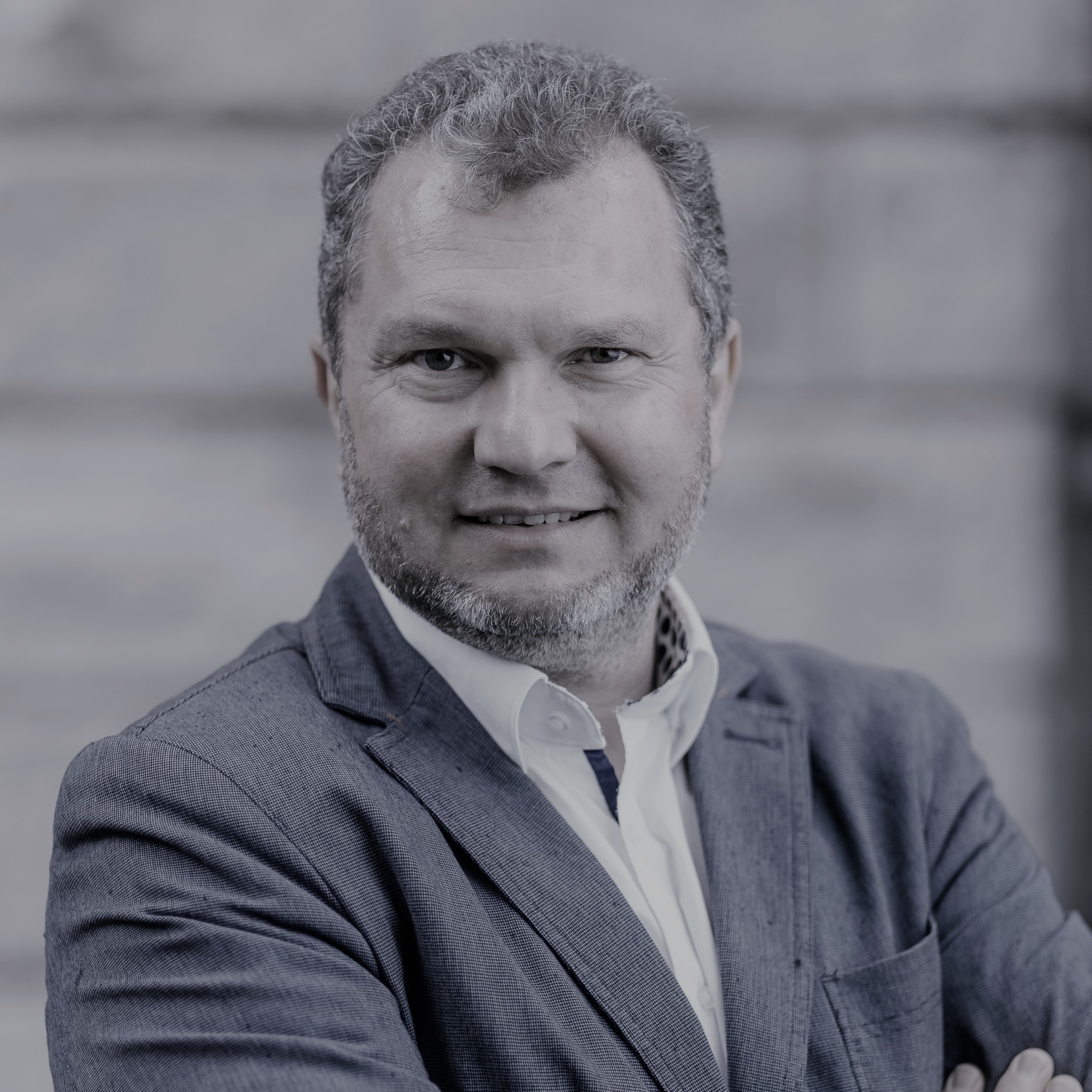 Electricity price forecasting (EPF) is a branch of energy forecasting on the interface between econometrics/statistics, computer science and engineering, which focuses on predicting the spot and forward prices in wholesale electricity markets. Over the last 25 years, a variety of methods and ideas have been tried for EPF, with varying degrees of success. In this talk I will review recent developments in this fascinating area, including (but not limited to) probabilistic forecasting, combining forecasts and deep learning. .

Rafal Weron is Professor of Management Science and Head of the Department of Operations Research and Business Intelligence at the Wroclaw University of Science and Technology. He is one of the leading world experts on energy forecasting and is periodically engaged as a consultant to financial, energy and software engineering companies. Details on current projects and publications are available on Rafal's website (https://p.wz.pwr.edu.pl/~weron.rafal/).

This website uses cookies to allow the registration of event participants and service related processes. By using this site you agree on the use of cookies according to the current browser settings. Accept